On Sunday, 28 February 2016, Archbishop Michael visited Archpriest Joseph Frawley (civilian chaplain), Matushka Irene, and the faithful cadets and faculty at historic West Point Military Academy. Gathering at Saint Martin of Tours Chapel every week, the “parish” at West Point is a loving and warm respite from the rigorous demands of military academy life. Ministry to those assigned at the Academy has been continually offered by Orthodox priests since the mid-1960’s when parishioners from Paramus NJ, under the leadership of Archpriest John Nehrebecki, began making visits to celebrate the Divine Liturgy on Sundays.

The United States Military Academy's mission is to educate, train and inspire

committed to the values of Duty, Honor, Country

and prepared for a career of professional excellence

and service to the nation

as an officer in the United States Army. 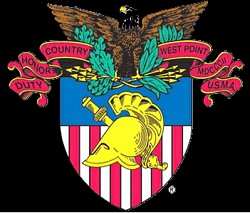