His Eminence led a memorial service for the victims of the September 11, 2001 attack on America. The Attacks on The World Trade Center (NYC), Shanksville, Pennsylvania, and the Pentagon, (Washington, DC). The service was attended by priests of the Greek Orthodox Church, the Antiochian Church, and priests of the Orthodox Church in America.

Local first responders, firemen, and policemen attended along with parishioners from the local orthodox Churches. The firemen/women brought fire engines and equipment with them. His Eminence Archbishop Michael said prayers for the blessing of fire engines and blessed them after the memorial service. The firemen gave a tour of the fire equipment to the young acolytes afterward.

A light repast was offered by the parishioners of Holy Spirit to all in attendance.

Holy Spirit Church has offered memorial prayers from that terrible day of the attack on America, 20 years ago to this day. 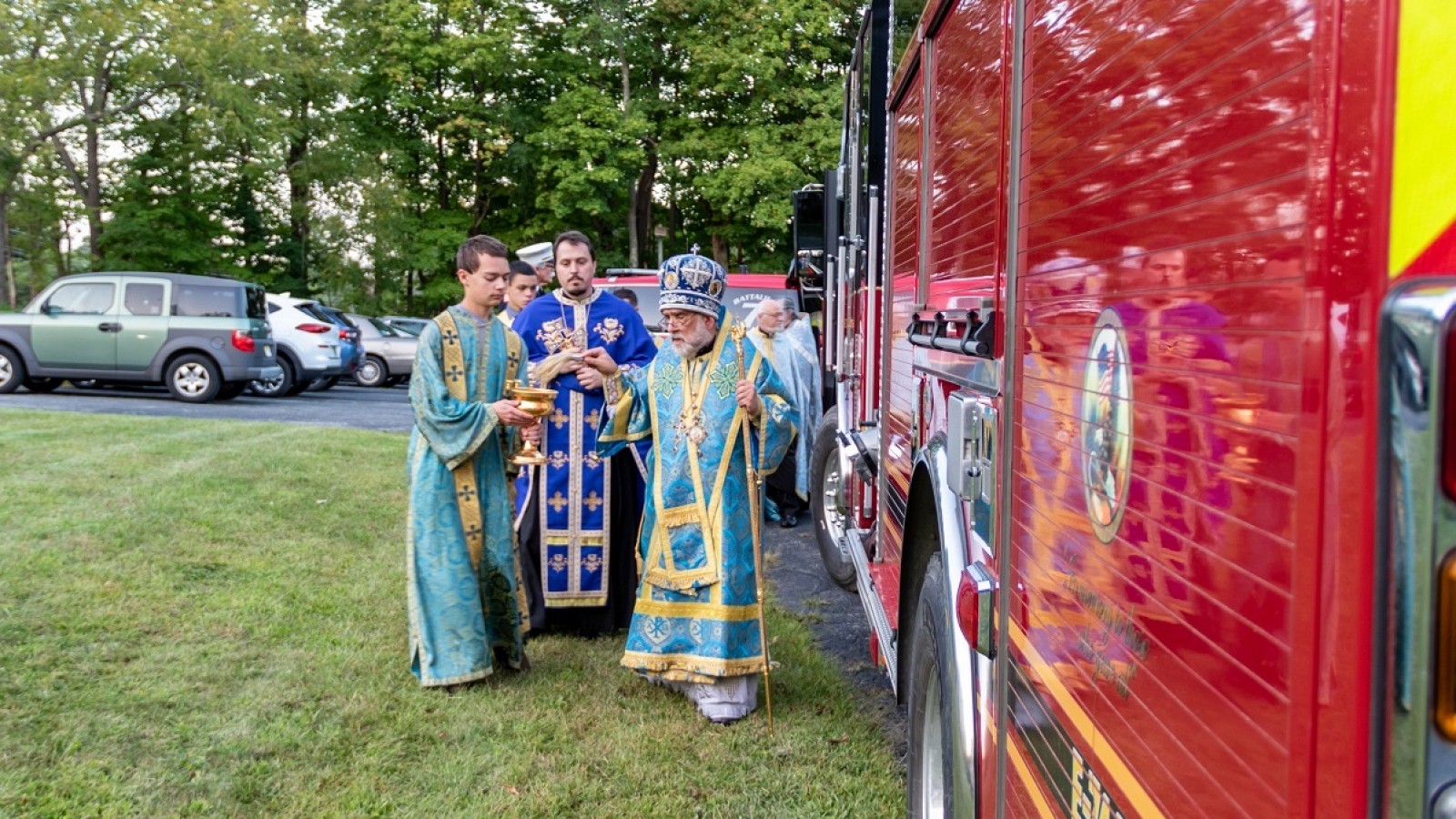